Just before we got to Passau, we had a lock to pass and a spillway – which I believe is a generating power plant. This lock was about the separate from Austria to Germany. 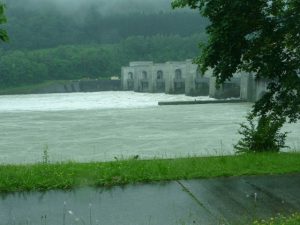 Once we docked, I noticed this canoe group bailing out the rain water that was making their trip quite an adventure. 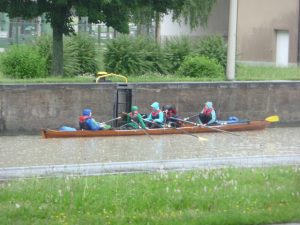 Why you would want to canoe on this river is beyond me.  Altho, there was a group of our fellow passengers who decided to do a bike adventure – 17 miles – from our last port of call to Passau arriving just before lunch.  Gloria, our friend from North Carolina was part of this group – it rained virtually the entire time of their ride. 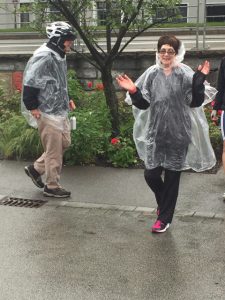 Again, not sure why this group did this but they all said it was fantastic and thAfter docking in Passau, which is situated in Germany along the Austrian border and lies at the confluence of the Danube, Inn and Ilz rivers. Known as the Three Rivers City, it is overlooked by the Veste Oberhaus, a 13th-century hilltop fortress housing a museum and observation tower. The old town below is known for its baroque architecture, including St. Stephen’s Cathedral, featuring distinctive onion-domed towers and an organ with 17,974 pipes. We arrived late morning and after lunch boarded the bus for a tour of the city.

From the hilltop fortress we could see down to the city and the various buildings and see how the rivers converge on this city. 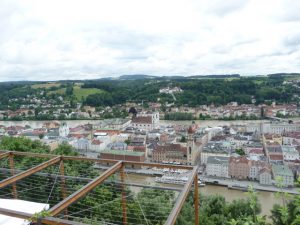 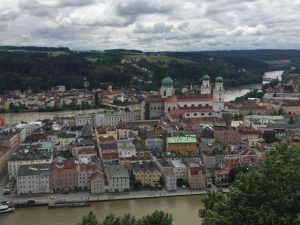 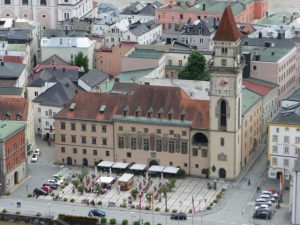 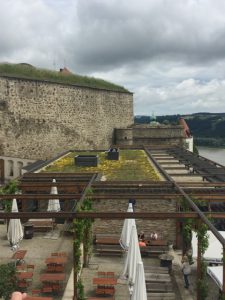 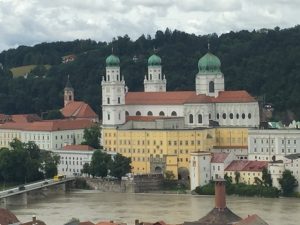 After returning to the boat we learned there was a significant high water issue and we may not be able to proceed further. Time will tell on this issue – tomorrow we head to Regensburg.