After the New Year, we relaxed and just enjoyed being together. On Tuesday, the 2nd, Claudia left to return to Morro Bay and we continued to enjoy the apartment. While there are LOTS of things left to do in Paris, we took in only a few more sites during our last week.

One morning, we decided to take in The Pantheon.

This is located in the Latin Quarter and was originally built as a church dedicated to St. Genevieve (patron saint of Paris) but later became a tribute to the secular as well as religious leaders of Paris after the Revolution.

In the Crypt are the remains of Voltaire, Rousseau, Victor Hugo,  Marie Curie, Louis Braille and a number of other significant people. It is a very large marble building and COLD inside. No heat to the place (big surprise) and it retained the cold long after it started to warm up outside. A lot of interesting French history depicted in murals on the walls and in the various displays throughout the building. French schoolchildren encounter these murals in their history books.

After the Pantheon, we headed out to visit the Arènes de Lutèce. This is the most important ruin from the Gallo-Roman era in Paris. Lying in what is now the Latin Quarter, this amphitheater originally could seat 15,000 people and was used to present gladiatorial combats. Constructed in the 1st century AD, much of the original structure has been destroyed with the exception of some of the terraces, cubbyholes situated beneath the lower terraces and some other structures remain.

For lunch Ryan took us to a Fondue spot not far away where we enjoyed a lovely lunch. I don’t recall when I have had fondue and it was a neat way to enjoy some mushrooms with cheese and a trio of meats (chicken, beef and duck we cooked in the boiling oil).

During last couple of days, we ventured out to the cheese shop of Laurent Dubois – considered to be one of the best chesemongers in Paris. He holds the highest designation for a cheesemonger and affineur in France. The shop had a strong selection of aged cheeses and small producers from around the country. Below the shop, in caves, he ages a few cheeses well beyond what others might but seems to have the ability to know when to release them. We picked up a few nice selections including a Mont D’ Or. This is only produced during the months between October and February and I have learned to bake it with garlic and wine ; delicious on a fresh baguette. When I said I was taking it with me on my flight the next day the vacuum sealed it! Wish I had done that with several other cheeses to bring back.

We also visited the music box store (again) – Avanti la Musica is a small shop jammed to the rafters and beyond with music boxes, interesting toys and fine gifts.

On Monday we four trekked out to Charles de Gaulle airports and Janeen and I boarded our flight back to the US of A .

We landed safely in Virginia and are now settled in with our son, Jason, daughter-in-law, Terri and grand daughter for a while. Not sure when the next post will happen so check back every so often to find out as we have a LOT more travelling to do before we settle down. 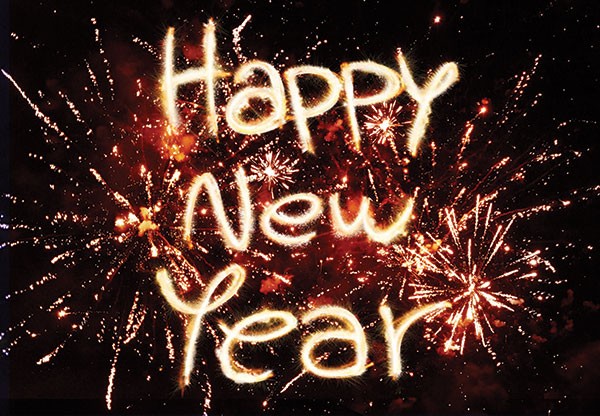 The decision on what to do for New Years Eve was actually quite difficult and easy at the same time. Paris – lots of different places we could have gone, parities, fancy dining, and restaurants with fantastic views abound. However, we decided to return to Le Réminet and booked a table for the 7:30. This place, which we have already been to on this trip and reported earlier, is only a few steps from Norte-Dame and Ile Saint Louis.   This place is a semi-gastromic bistro with chic seating serving gourmet meals in a candlelit-vaulted room.

Just a few steps away from the restaurant is a cute music box store we stopped into prior to going into the restaurant. Avanti la Musica was filled with different music boxes and beautiful toys. Claudia picked out a lovely little gift for herself and we all enjoyed the place. 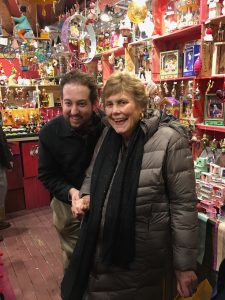 Chris and Claudia in a little shop by the Restaurant that had LOTS of music boxes and interesting toys.

Now for the main event of the evening.

Le Réminet is really a small place with maybe 30 seats and we had the table of honor (being the biggest party) at the round table in the corner of the place. Over the course of the next FIVE HOURS we were served a delightful dinner of maybe 8 courses. I did get a little carried away and ordered four bottles of wines during the evening.

At midnight we all rang in the New Year with Bonne Année and had a moment with the Chef to thank him for a lovely evening.

December 28th – three days after Christmas and 3 days before the New Year starts and we found ourselves taking a tour of the Paris Opera House.

The Palais Garnier is a 1,979-seat opera house, which was built from 1861 to 1875 for the Paris Opera. It’s called Palais Garnier in recognition of the opulence created by the architect, Charles Garnier. Historically known as the Opéra de Paris or simply the Opéra it is the primary home of the Paris Opera and it’s associated ballet until the Opera moved into a new building Opéra Bastille in 1989. The Palais Garnier has been called one of the most famous opera houses in the world and is the setting for the novel The Phantom of the Opera and the subsequent plan by the same name.

The interior of the building is filled with gold leaf, statues, decorative ceilings, huge entrance stairs and lots of other stuff that will impress the visitor. Our audio guide tour was well worth the cost and very informative.

We have been in several opera houses during our various adventures (Budapest, Venice and Prague over the last few years) and this is one of the most impressive ones we have seen.

After our tour it was time for lunch and we went to the Dome at the Galeries Lafayette.

Of course, while we were there, we did stop and look at the decorations on the inside of the building and particularly the fancy ceiling. Always an treat to visit and take a gander at beautiful art.

The Dome Restaurant is exactly that – plastic domes on the roof of the building. While there we of course had to take several pictures of the buildings around us. Lunch was actually quite good – given there really isn’t a kitchen on the roof and the hot stuff came from down stairs – a lovely way to spend the afternoon as the rain passed by.

After lunch we headed back to the apartment to rest up for the next adventure.