Regensburg is situated at the confluence of the Danube, Naap and Regen Rivers  and is the 4th largest city in the State of Bavaria in Germany. The medieval center of the city is 2,000 years old having been originally settled by the Romans. Many of the buildings have been restored and the entire city is listed as a UNESCO World Heritage Site and thus is protected from any changes being made.   We visited this city during our last adventure to this part of the world and I was looking forward to returning for a visit.

Between 1135 and 1146, the Stone Bridge (so called as it is made of stones across the Danube was built. It is undergoing a renovation to restore the road surface and walls so we could not walk the entire length of it only a portion. This bridge opened major international trade routes between northern Europe and Venice and this began Regensburg’s golden age as a residence of wealthy trading families as it provided a major access point across the river. 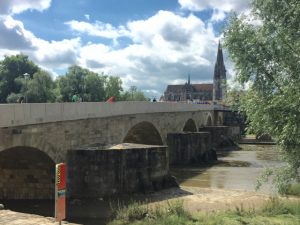 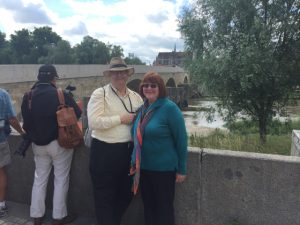 Wealthy merchants would build towers to impress – not for any other function. There are still a number that are evident throughout the city. 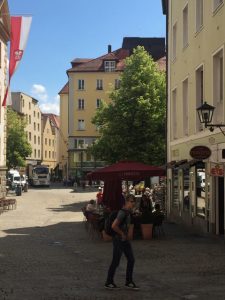 After our guided tour we stopped in for a nice lunch – with beer of course. 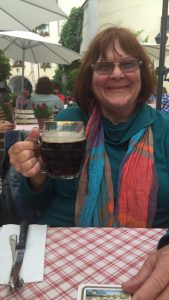 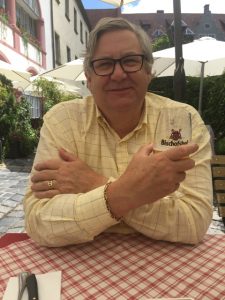 Along the banks of the Danube is the oldest Sausage Kitchen originally felt to have stated with the building of the Stone Bridge around 1146 – and is notable as perhaps the oldest continuously open public restaurant in the world. We stopped for a Sausage prior to rejoining our group for the return to the boat.